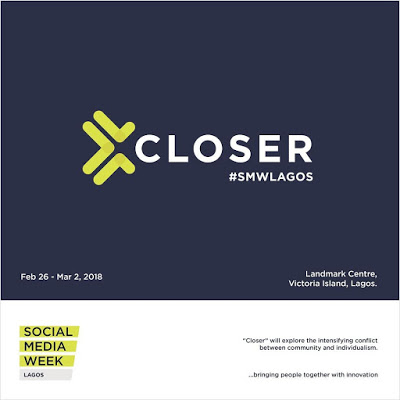 #LaunchedInAfrica is a platform for African-led early-stage startups to showcase products and services that are disrupting industries across the continent. Some of Nigeria’s most innovative early-stage businesses debuted as featured companies in the #LaunchedinAfrica Digital Demo space during the ongoing Social Media Week (SMW) Lagos 2018.

Below are the five featured #LauncedInAfrica startups:

Aidahbot is a chatbot-building company that provides a one-click chatbot solution for small and medium businesses to automate their sales, handle inquiries, and receive payment on Messenger. We leverage social media to take sales to where customers are.

JARA MOBILE
Jara rewards consumers with discounts to their favorite lifestyle brands when they make routine bill payments (such as airtime, electricity and cable TV), while helping brands turn those consumers to customers in a measurable way.

SOSHALIFE LTD
Soshalife was founded in 2014 by Omorodion Eguasa, Adetokunbo Akisanya and Oluwole Odulate with the goal of enhancing the way people socialize and share their ideas and passions by bringing those activities to their fingertips.

These featured startups have been engaged in rigorous mentoring sessions and office hours with experts including Collins Onuegbu, Claudine Moore, Tomi Davies and Nubi Kayode. Another set of five startups have been chosen from pitch competitions during the weeklong SMW Lagos 2018.

Altogether, 10 startups will participate in the final pitch day on Friday, March 02, 2018 at the Innovation stage of the SMW Lagos campus. Judging the startups will be top VCs, Angels & Corporate Investors including Yele Bademosi (Founding and Managing Partner at Microtraction), Tomi Davies (Founder, LAN and President ABAN), Seni Sulyman (Country Manager at Andela Nigeria), and Nkem Begho (Founder and CEO of Future-Soft).

About Social Media Week: Each year, thousands gather for SMW Lagos to be inspired by 300+ world class thoughts leaders, innovators, business practitioners, and pop culture luminaries from Nigeria, across Africa and around the world. The conference continues to serve as a point of convergence for Africa’s most innovative minds. It has become a marquee event for business leaders, global thinkers, entrepreneurs, civil servants and anyone with a keen focus on the continent.

:: SMW Lagos is produced by AFRIKA21 and Dragon Africa ::

Weekender Guide: 5 Ways to Stay Safe at a Beach Outing During COVID-19 Pandemic

10 New Restaurants in Lagos You Should Visit This December