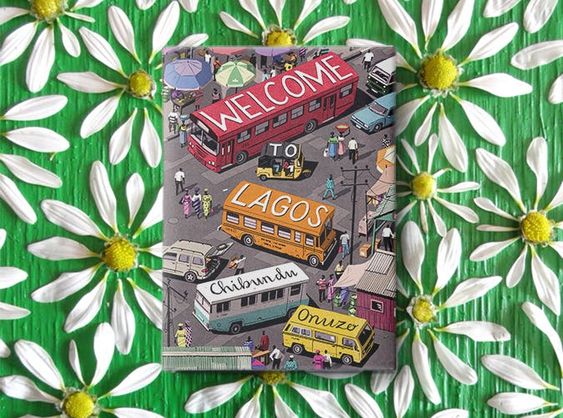 Live Lagos: 10 Books inspired by the City of Lagos

Lagos on its own can be termed a movie if you sit back and think of the daily drama on the roads around you. What do you expect of a city with over twenty million people from different ethnic groups in Nigeria, yellow painted buses that move recklessly on the roads, long queues of traffic, road side talents, hardworking and positive people and a whole lot more.

We have curated a list of books that have been written against the backdrop of these realities, some that would make you smile from Dejavu, some would inspire you to make a change in your local community and others that would open your eyes to the deepest ends of this gripping city.

These books somewhat represent an understanding of the city and once you can relate with the narrative you are definitely worthy of the term ‘ Lagosian’.

London Life, Lagos Living is top on our list and the reason is obvious to those that have read this 200 paged collection of short stories and musings. Written by Nigerian author and PR strategist, Bobo Omotayo, it documents his experiences – work, life, love and social circles in two contrasting but equally cosmopolitan cities; and comes complete with a glossary providing definitions of slang and other colloquial sayings,(which is hilarious but not strange to the Lagos city dweller)  specific to both London and Lagos.

Kaye Whiteman explores a city that has constantly re-invented itself, from the first settlement on an uninhabited island to the creation of the port in the early years of the twentieth century. Lagos is still defined by its curious network of islands and lagoons, where erosion and reclamation lead to a permanently shifting topography, but history has thrust it into the role of a burgeoning mega-city, overcoming all nature’s obstacles.

Teju Cole’s novella tells the fragmented tale of a nameless Nigerian who returns to Lagos after 15 years of imbibing the metropolitan vibes of New York. Parallel cities in some ways, Lagos shows this particular returnee that his ordered and seemingly highbrow lifestyle in the States has made him a West African alien. Reading like a series of episodic vignettes, the chapters are interspersed with photographs (another skill of this author) as the main character meanders through transitory situations that arise in this throbbing, African megalopolis.

Noo Saro-Wiwa, Journalist daughter of activist Ken Saro-Wiwa wrote this book after her sojourn to Lagos  her place of birth after 10 years living in England although she frequently visited Lagos growing up before her father was murdered.  She  came back to make peace with the land that killed her father. She travels to different parts of Nigeria starting from the exuberant chaos of Lagos to the calm beauty of the eastern mountains; from the eccentricity of a Nigerian dog show to the empty Transwonderland Amusement Park, explored religion, history, slavery and many topical issues facing the country.

The book is written with irony, wit and frankness, yet also an undertone of bitterness.

Probably the most popular Lagos inspired book in this era, Chibundu properly digest this city and tells the story of five ‘refugees’ from war, corruption, and domestic violencewho have come to Lagos in hopes of a better life and by chance gets wind of a huge sum of money from a corrupt minister which they eventually used in bettering their community.

It paints a rather optimistic image of Lagos which to us is a positive narrative for our city.

Carnivorous City is a story about love, family and just desserts but it is above all a tale about Lagos and the people who make the city by the lagoon what it is.

When Abel left for Lagos in search of his missing brother, little did he know that Lagos is a carnivorous city that devours you to satisfy its insatiable appetite. The carnivorous city is a story of adventure, love, relationships, family, greed, hustle, self discovery, identity, unintentional transformation, reality, and all that makes Lagos so distasteful yet desirable.

The novel is a tour guide. It takes you to places and feeds your imagination; there is the Ikorodu, Ikeja, Yaba, Mushin, Ilupeju, Onigbongbo, Ogba, Egbeda, Shomolu, Onipanu part of Lagos; there is also the Lekki, Ikoyi, Victoria island part of this same Lagos.

Everyone is a “beast with bared fang” awaiting whom to devour next.

Lagos Noir is a quality inclusion to Akashic Books’s award-winning city noir series, the first time in West Africa, which has now run to almost 100 books set in many of the world’s major metropolitan centres. The quality of the prose is top-notch, the narratives and their locations are vivid and engaging.

Partitioned into three movements focused on crime, family turmoil, and migration, respectively, Lagos Noir is a must-read for crime lovers looking for something different to read in a highly saturated market.

When a massive object crashes into the ocean off the coast of Lagos, Nigeria’s most populous and legendary city, three people wandering along Bar Beach (Adaora, the marine biologist- Anthony, the rapper famous throughout Africa- Agu, the troubled soldier) find themselves running a race against time to save the country they love and the world itself… from itself.
Told from multiple points of view and crisscrossing narratives, combining everything from superhero comics to Nigerian mythology to tie together a story about a city consuming itself.Lagoon develops its … narrative across three acts: “Welcome” (in which the aliens make contact with the people of Lagos), “Awakening” (an explosion of violence across the city after contact is made), and “Symbiosis” (a period of utopian transformation, in which the aliens and humans come together to form a new postcapitalist Nigeria).

You can grab any of this book as a perfect read for a weekend. Let us know if we missed any of your favourite Lagos inspired books.

Hit Roving Heights up to buy a copy.