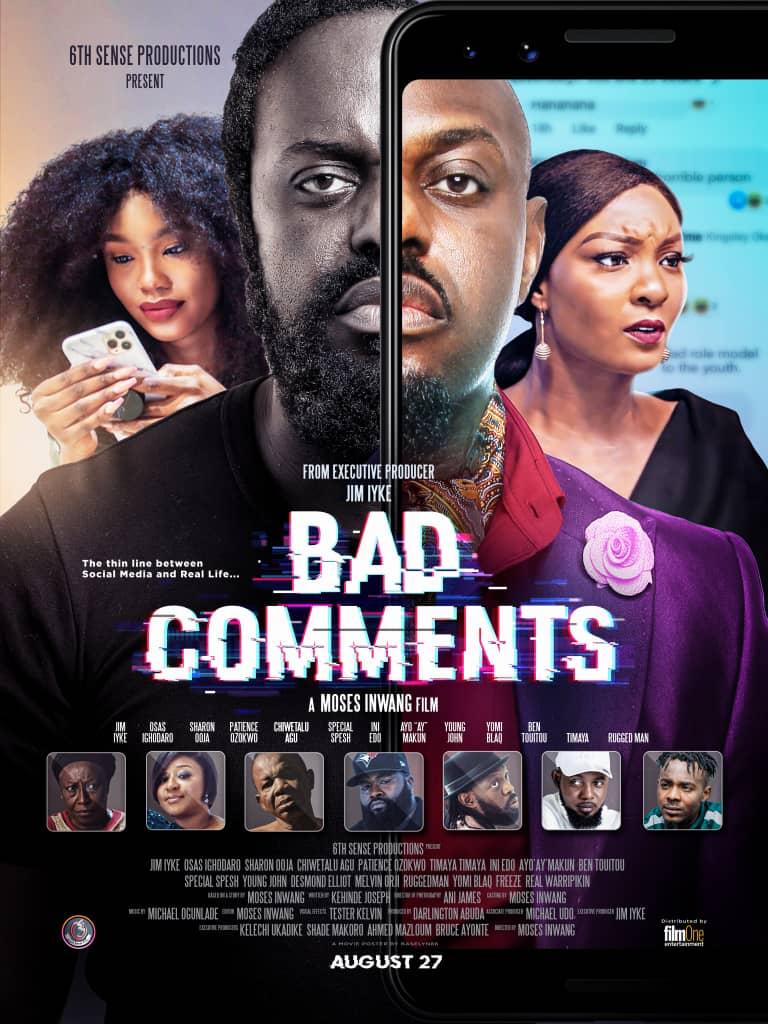 The unprecedented deal by Amazon would make the social impact centred movie, which addresses the consequences of cyberbullying, the highest negotiation so far in the African movie industry.

The film is also an official selection for the 17th Edition of the Harlem International Film Festival (The people’s film festival) slated for May 5th -15th, 2022. The Harlem Festival is an annual festival in Harlem, New York that celebrates films from around the world.

Although Bad Comments was not nominated for an AMVCA (Africa Magic Viewers Choice Awards) due to an embargo on any film longer than two hours, this hasn’t stopped the movie from making waves both in Nigeria and beyond.

Jim Iyke is really busy this year with even more projects on his plate. His production company 6th sense is working on two TV series: Sin and Ordinary People. We are anticipating the release of these two shows and know they will be nothing short of amazing.

To celebrate the amazing feat of the deal with the online retailing giant, Jim will host an Amazon release watch party with his fans, guests and the Nollywood industry, on Monday, May 2nd 2022.

The fast-paced drama and thriller “Bad Comments” is also keeping fans excited in 2022 with the announcement of a sequel titled ‘The Crusader’, which is already in the pre-production stages. Shooting will begin in July 2022 with the prospective film and tourism boards in Dubai, Dar es Salaam, Tanzania and Lagos.

You can watch the film here.

Events in Lagos This Weekend: May 13th-15th