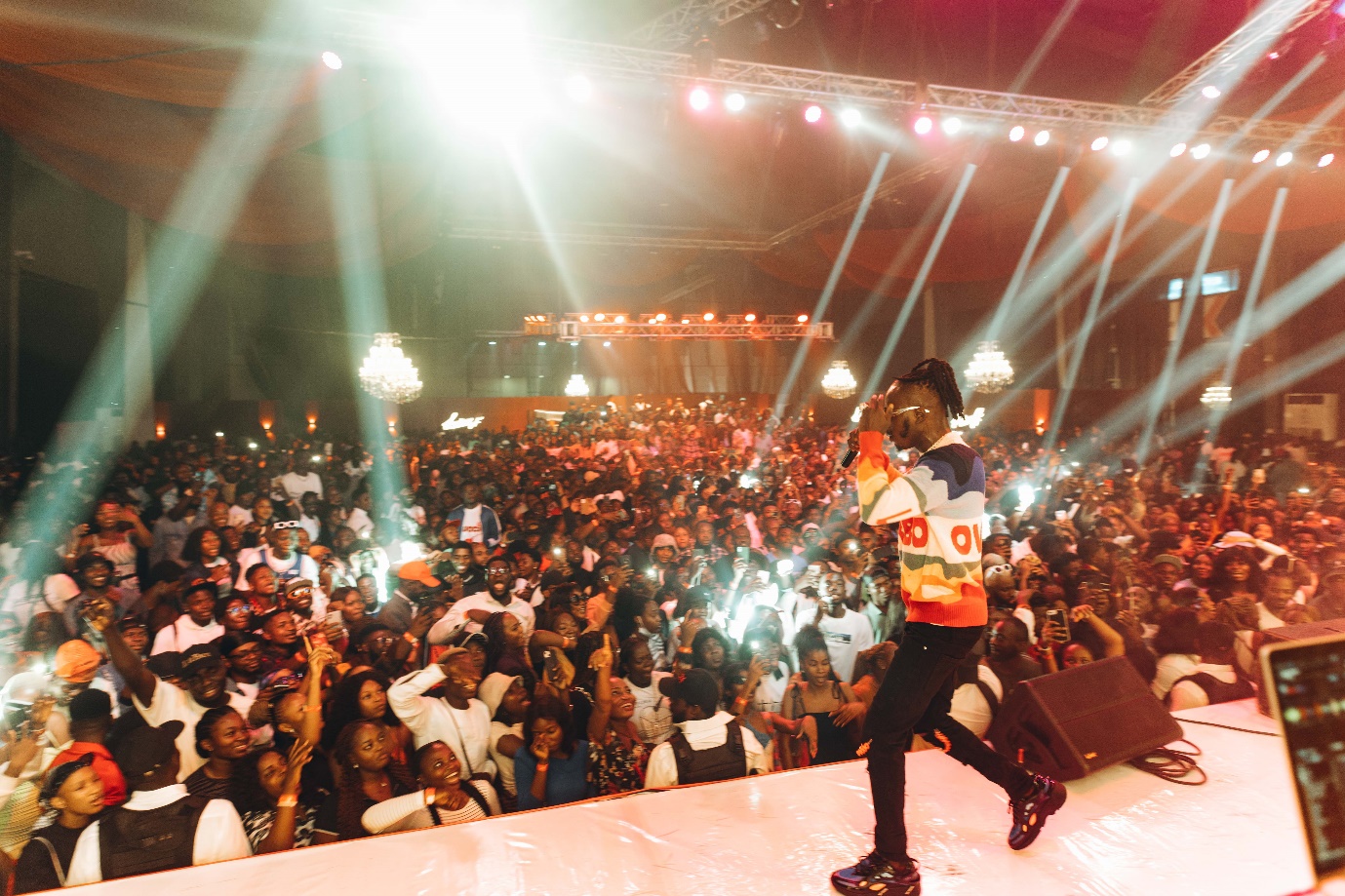 Smirnoff, world’s No. 1 vodka, returned with another unforgettable experience for party-goers on 18th November 2022 in Lagos with the opening of Hotel Smirnoff at the Landmark Centre. The event, a mischievous subversion of hotel etiquette and an ode to infamy, featured over 50 actors
who played numerous roles as door men, bell boys, wait staff, receptionist, bartenders, and housekeepers in delivering the ultimate party in the city.

Guests were kept amped all through the party by the amazing performances by Bella Samudra, Naira Marley, Arya Starr Blaqbonez, DJ Titanium, DJ Wyse, DJ Anonymouss, Shody, REC, MIA, ROOBOY, DNMT; the reveal of Crowd Kontroller as the mystery DJ and the staging of a hotel raid which was depicted as a dance off between FLCC and hotel maids.

To attend the themed party, guests were expected to make reservations by booking a night stay at Hotel Smirnoff via Hotels.NG. Upon arrival at the hotel, they were welcomed by door men and ushered to the lobby through the hallway. Flanking the hallway were rooms named after the Smirnoff City cocktails- Oringo Suites, Eko Suites, Bini Suites and Cosmo suites.

When they checked-in, guests were welcomed by the bartenders, who handed them Smirnoff city cocktails- Eko For Show or Cosmo Capital. Unlike the regular hotel lobby, Hotel Smirnoff featured an engaging bathroom inspired photoset and a merchandize display.

The hotel had an outdoor garden where guests sang their favourite karaoke tunes and participated in a rap battle; an operating salon where guests were invited to get their haircuts and hair coloured, tattoos and piercings.

Another exciting feature of the Hotel Smirnoff party was the fictitious crime scene room where a waitstaff engaged hotel guests to solve the mystery.

Kim Oprah, Denrele Edu, and Power series actor Rotimi were among the guests who showed up to have a good time at the event.

To keep up with the Smirnoff mystery, follow the conversation with #SmirnoffNoKnownAddress2 on social media.

18+. Enjoy Smirnoff responsibly.
SMIRNOFF™ is the world’s bestselling premium vodka.
As the most awarded vodka brand in the world, SMIRNOFF™ is known for quality and is enjoyed responsibly in 130 countries around the world. The Smirnoff Trademark range in Nigeria consists of the Vodka with an ABV of 37.5% and the Ready To Serve (RTS), which is Smirnoff Ice and Smirnoff Guarana with ABV of 5.5%